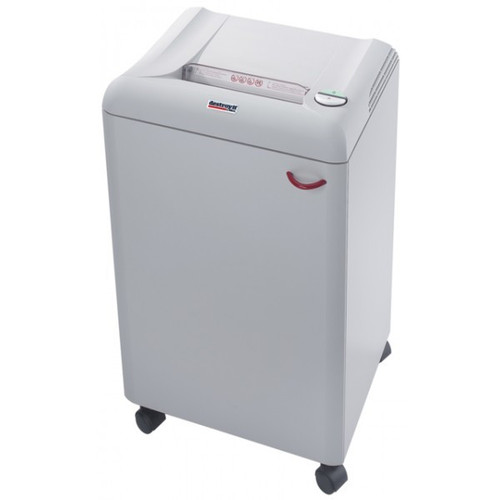 Contact us for wholesale discounts!
Data Financial, Inc. is a registered supplier to the U.S. Government (Cage Code: 3N4R8)

Not only is the MBM Destroyit 2503 Strip-Cut Paper Shredder functional, but it comes standard with many features to make the shredding process even better for you and your office. The Easy Switch power button also displays the status of the shredder in easy to read colors and symbols. Now it will be simple to find out if there’s a jam, the bin is full, or another issue is occurring. If a jam occurs, the MBM Destroyit 2503 Strip-Cut Paper Shredder will automatically reverse and then shut down in an attempt to clear the jam or stop it from getting worse. There are also safety features to protect all users, including a transparent shield over the feed opening and double protection against overheating. If you shredded a few CDs (yes, it can do that!) before the end of the day and forgot to turn off the machine, the shredder will actually shut itself off after it goes an hour without being used.

At just over two feet tall and under 80 pounds, the MBM Destroyit 2503 Strip-Cut Paper Shredder can still strip cut up to 21 sheets per pass at a rate of 24 feet per minute. Its small stature only allows it to have a 10.5" feed opening, but this is actually a benefit to you and your company. With a larger feed opening, there would be the danger of landscaping, which is when a user inserts the long end of the paper instead of the short end. This will result in the shredded paper containing whole lines of information instead of the nonsensical arrangement of letters it is supposed to display. No one is able to landscape a standard 8.5" x 11" sheet of paper through a 10" feed opening, so with the 2503 Strip-Cut your information is safe. 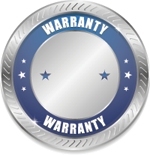